Production unit kept the shooting off limits for the public and photos, but as like Endhiran in Peru and one from Goa, Vellore still were leaked. Check out the leaked stills from Vellore. 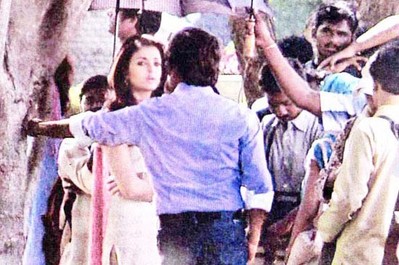 The fans climbed the frenzy to catch a glimpse of Rajnikantha and Aishwarya Rai. Endhiran is being directed by Shankar and produced by Sun Pictures.

Next post: Kajol on the Cover of M Magazine – Photo