Superstar RajiniKanth is in Goa shooting for his Shankar magnum opus Endhiran with Aishwarya Rai. Endhiran unit has taken over a resort on the Goa coastline, where the shoot will go on for the next two weeks. 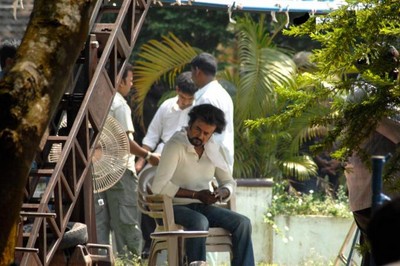 Art director Sabu Cyril has constructed huge futuristic sets for the shooting. The magical combination of Shankar and Superstar is ready to rock with Endhiran ? Robot.

Here are some exclusive stills taken while filming Endhiran in Goa coastline.