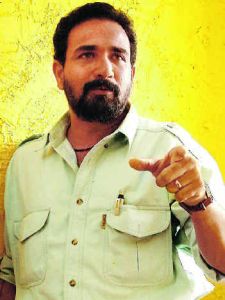 Shankar is signing up the best technicians in the business for his magnum opus Robot with the superstar Rajinikanth.

Shankar has signed up his favourite art director Sabu Cyril for his magnum opus Robot.

Sabu Cyril has revolutionalised the role of art director in Indian film production, to make it more like Hollywood style. He has won 2 National Awards, the State awards of Tamil Nadu and Kerala and many Filmfare awards as the Best Art Director. Previously Sabu Cyril is the art director for Shankar’s Vikram starring Anniyan.

Next post: Sathyaraj says “I have every right to remix MGR songs”