He suffered stroke a few years back and he was admitted in hospital some days back when his condition was weaken and was kept under emergency care before he died. 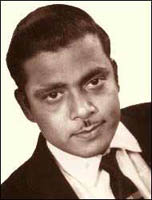 He entered films as a dialogue writer and made his debut as a director with Kalyanaparisu. He started his own production company Chitralaya in 1961 and made a series of commercially successful films like Nenjil Oru Alayam(remade into hindi as Dil Ek Mandir).

He has directed films in Hindi, Kannada and Telugu.

Dil Ek Mandir, Pyaar Kiya Jaa, Nazarana, Gehri Chaal were his some of his Hindi superhits.

Our Sincere Condolences to director C.V Sridhar family and friends.