Dasavatharam release in the US from June 12 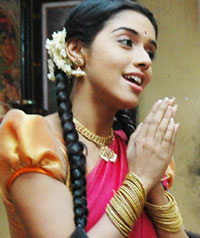 ‘Dasavatharam‘ is scheduled for release in the US from June 12. Online ticketing sales have been going crazy non stop 24 by 7 in the country.

The whole of India is waiting for Kamal Haasan’s dream film ‘Dasavataram’ to get to cinema halls on June 13th. Directed by K S Ravi Kumar, the film stars Kamal Haasan in 10 roles.