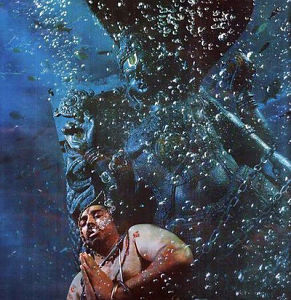 Kamal’s Dasavatharam story begins with an episode set in the 12th century, and then looks at coincidences. In this, Kamal plays Nambi, a staunch Vaishnavite priest.

It is learnt that the characters that Kamal plays in this film are – an American, a Chinese man, a CBI officer from Andhra Pradesh, an old lady, a leader from Afghanistan, a Scheduled Tribes? leader, George Bush, a Punjabi and one character, who looks like Kamal normally does.

Dasavatharam audio will be launched on Friday April 25 at Nehru Indoor stadium in Chennai.