Dhanush has done 13 films so far but has never been paired with these two top comedians of Tamil cinema, He has done comedy himself or had little known comedians with him.

Vadivel is the highest paid comedian ( Rs 7 Lakhs per day!). Vadivel was unhappy about the comedy track written for him with Dhanush’s upcoming movie Padikkathavan including a scene which had the hero beating him. 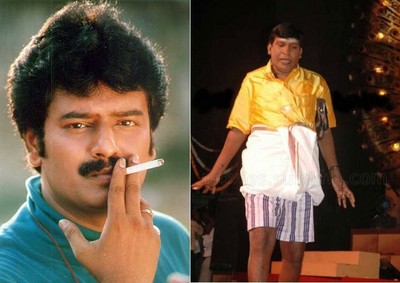 Dhanush’s Padikkathavan director Suraaj has decided to replace Vadivel with his arch rival Vivek. According to media reports Vivek who is also busy has given immediate dates to pair with Dhanush.