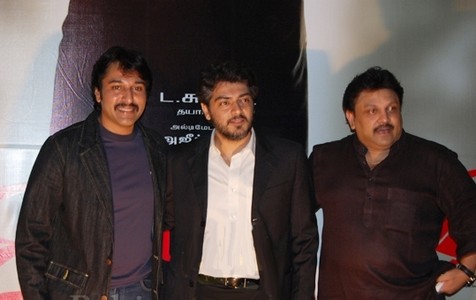 Ajit?s Billa which is to be released on December 14 has taken a grand audio opening. Nearly 22,000 CD and cassettes of the film were sold out by end of the day on November 26 , the day billa was audio released!.

It is the best ever audio opening for Ajit and the 2nd highest after Sivaji in 2007!. Ayngaran audios, which debutes with Billa has immediately ordered for another 15,000 CD?s and cassettes after fantastic audio opening.

Ajith starrer Billa, Directed by Vishnuvardhan and produced by L. Suresh, the film has Nayanthara, Namitha, Prabhu and Rahman.

Thala fans are in happy mood !