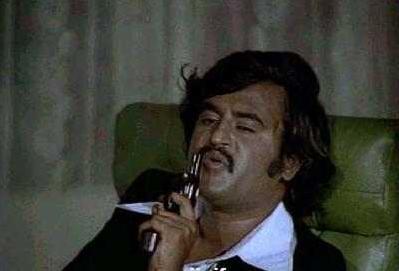 As Ajith’s Billa is releasing on Novermber 14, here’s a recap of Superstar Rajini’s ‘original’ Billa released in 1980.

Original Billa which released 27 years ago in 1980 introduced a new generation of RajniKanth films. Indeed 1980 was a turning point for Rajnikanth which promoted him to the superstar fame.

Billa (Rajnikant) is a feared Mafia don in Madras, who is fatally wounded during an encounter with the police. Wanting to uncover Billa’s accomplices, the police commissioner trains a lookalike village bumpkin (also Rajnikant) to pose as Billa and infiltrate the gang.

Next post: 2 of Jayam Ravi movies could hit same time for Pongal