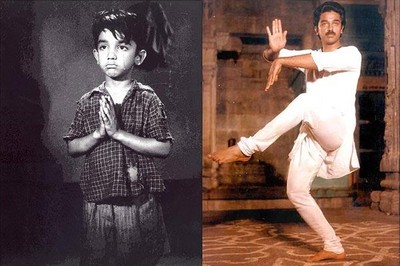 Kamal Haasan is considered among the leading actor of Indian cinema. Kamal Haasan’s breakthrough into lead acting came with his role in the 1975 drama, Apoorva Raagangal, in which he played a rebellious youth in love with an older woman.
Now, the latest buzz in the Indian film industry is his forthcoming film Dasavathaaram — Haasan acts in ten different roles.

As we await Kamal Haasan’s latest film, Dasavathaaram, here’s a look at some of the most memorable ones from the rediff list.

Next post: Shreya Saran On Cover Of Maxim – Exclusive Photos