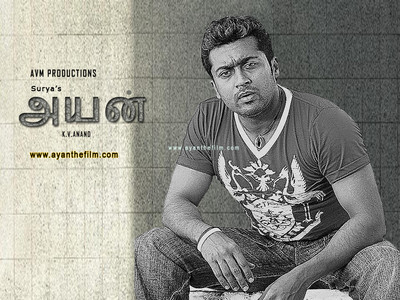 “Ayan“, is the title for the movie to be produced by AVM featuring Surya as hero.

The movie, directed by cinematographer turned director K.V. Anand and will have Tamanna in the lead and Prabhu in a important role. Harris Jayaraj scores the music for the film.

‘Ayan‘, meaning flawless in Tamil and Lord Brahma in Samskrith.

Next post: Suman to battle with Ajith in “Aegan”