Vinod Kambli is in lime light recent times. First, it was his wedding and now it’s the new reality dance show on Colors. 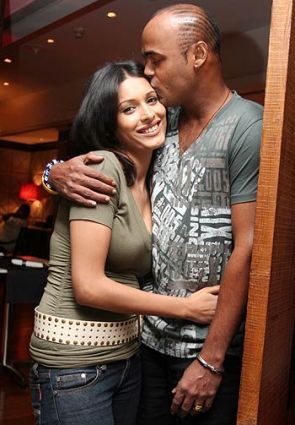 Everybody is talking about Andrea Kambli, wife of Vinod Kambli a small time model, who has the statistics to floor almost anyone.

It’s Kambli’s second marriage and he was introduced to Andrea through a common friend.

Next post: Singer Krish I’m In Love With Sangeetha