Audio of Ananda Tandavam which stars Siddharth and Tamanna is launched. Movie is directed by Gandhi Krishna, former assistant to Shankar in Sivaji made his directorial debut with the film Chellamae. 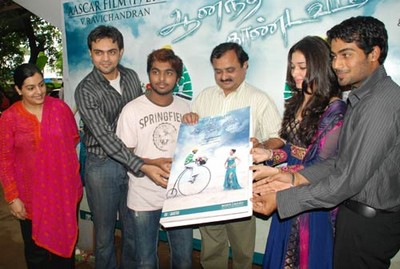