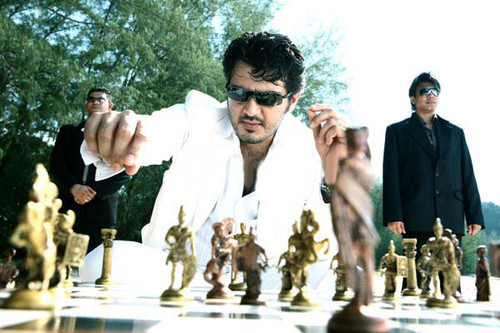 Thala Ajith Kumar become creamy cake after Billa hit. Thala Ajit Kumar certainly bounced back with Billa which released worldwide on December 14.
Billa 2007 is making good returns to the producers. Now Buzz is that he has signed a new film for Sivaji Productions for Rs 6 crore! 2007 absolutely belonged to Ajith and Rajini(Shivaji) for sure.

Ajith’s forthcoming movie is directed by choreographer turned director Raju Sundaram for Ayngaran International . Looks like after Ajit finishes this film he will start work on Sivaji Productions new film, which might be directed by K.S Ravikumar(Kamal’s Dasavatharam director).