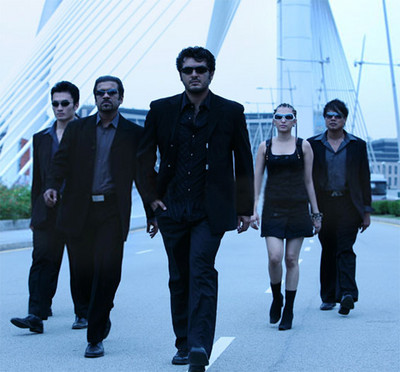 The movie is a super hit and said to have grossed an amazing Rs 5.2 crore from Chennai city, the second highest grosser in after Superstar Rajinikanth?s ‘Sivaji‘.

Billa is Ajit?s biggest hit in his career , directed by Vishnuvardhan is hailed as the most stylish movie of recent times.

Billa has proved that Ajith is an Ultimate Star and as a trendsetter which changed the look of big budget commercial cinema in Tamil Nadu .