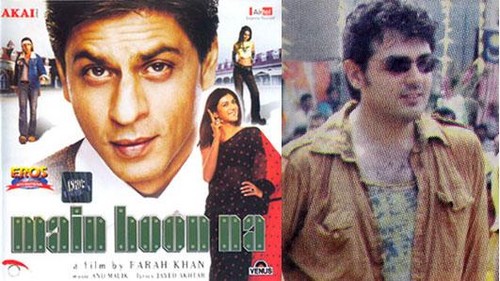 Looks like Ajith‘s film which is directed by Raju Sundaram is a remake of Shah Rukh Khan’s Main Hoon Na!.

According to media reports Ayngaran International the producers of the Ajith’s film have brought the remake rights from Shahrukh Khan’s Red Chillies.