Actress Shriya apologies..I had no time to change ! 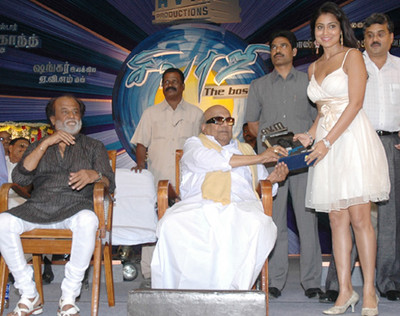 Troubled Actress Shriya tendered an unconditional apology for wearing very minimal dress at the Sivaji silver jubilee celebration in which Tamilnadu Chief Minister Karunanidhi participated. HMK had filed a complaint objecting to the outfit worn by her during the function.

?I will be sending a letter of apology to Chief Minister Karunanidhi and members of HMK. I would like to apologize profusely if I have inadvertently offended anybody with my attire.? Shriya said in her apology statement.

Since she was coming from Istanbul in Turkey(from a Hindi film shooting) via Mumbai to chennai to attend the function, she had no time to change! says Actress Shriya.