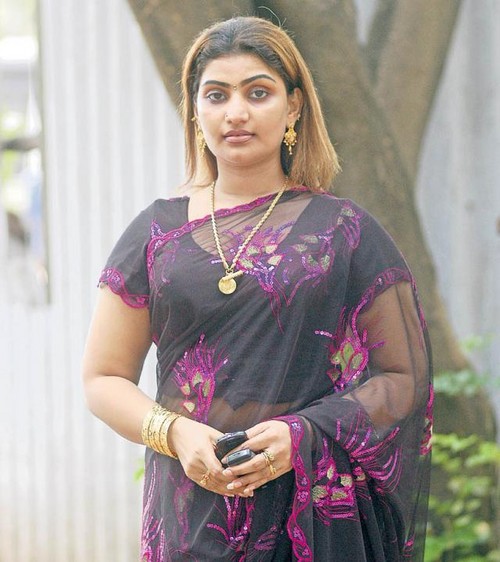 Actress Babilona visited Chennai Police Commissioner office to lodge a complaint to the commissioner regarding the arrest of her brother.

She called the reporters and gave away copies of the complaint letter addressed to commissioner, even before handing over the letter to the CPC. After seeing this Police warned her as she violated the norms .

After handing over the letter to commissioner officer ,she vacated the place, but this time in tears.