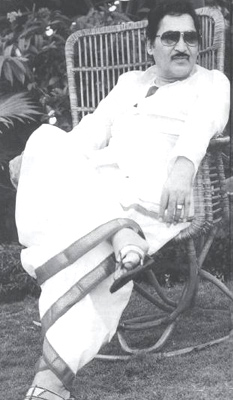 It seems 2008 is bad time for film industry , we are hearing more deaths nowadays. After the death of Pandian , Kunal( found dead) , Raghuvaran now it is The senior actor Shobhan Babu.

71-year-old Veteran Tamil and Telugu actor Shobhan Babu, passed away at a private hospital in Chennai on Thursday following a cardiac arrest.

Shobhan Babu gained popularity for his roles as a romantic hero who also gelled well in other roles as well. He is survived by 3 daughters and a son.? The ?Andhra Andagadu? as Shobhan Babu was known during his acting career spanning 3 decades was a ?ladies man? as women used to flock to theatres in droves to watch his movies.

Shobhan Babu?s proximity to AIADMK supremo, J Jayalalithaa, before she entered politics brought him under spotlight.

The senior actor, who debuted with a role in ‘Daivabalam‘, first played hero in the film ‘Veerabhimanyu‘, in 1965.

After his golden days in film industry, he concentrated on his real estate business, and unlike many other senior actors, did not get into film production.