Achchamundu! Achchamundu! is a thriller movie by Arun Vaidyanathan, US based software professional turned filmmaker.

Achamundu! Achamundu! is a thriller on a global issue, is shot entirely in New Jersey. Prasanna, Sneha, Hollywood actor John Shea and a handful of Hollywood actors star in this Thriller film which is entirely shot in USA. 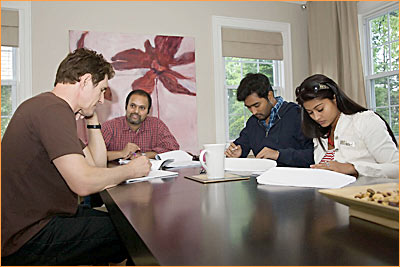 Hollywood John Shea, an Emmy award-winning artist who has acted in films like Hussy, Windy City, The Insurgents and Framed is acting in Achchamundu! Achchamundu- which will be his first Indian feature film.

This is the first tamil film to be shot in the RED camera. This futuristic HD4k resolution camera has only been used in a handful of Hollywood productions. Red is the next generation technology that will combine both the quality of 35mm and the adept ability of digital editing/transfer systems.

The visual effects of the film is said to be mind-blowing. Sahara QED is behind the effects which is led by Visual Effects Producer Jon Labrie (of Broken Arrow, Independence day and the Frighteners fame).

Next post: Ramya Krishnan Returns as Neelambari in “Kalasam”