To promote Abhiyum Naanum film, a painting competition titled ‘Dad and I‘ is being organized by the Duet Movies which is to be held in Chennai and Coimbatore inviting boys and girls between the ages 4 and 14. 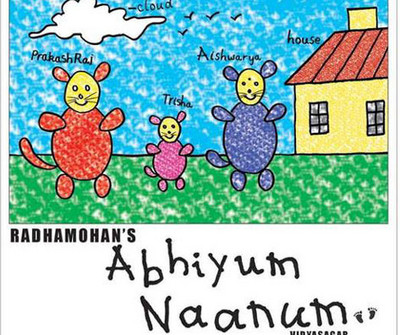 The winner of the competition would be felicitated with two Kingfisher Airline tickets to Goa for a holiday.

Abhiyum Naanum features Trisha Krishnan in the prime role with Prakash Raj playing a pivotal role as her father. Abhiyum Naanum is produced by Prakash Raj’s Duet Movies and directed by Radha Mohan.