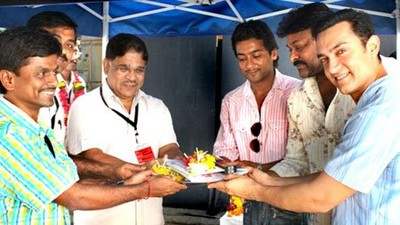 After the huge success of his directorial debut Taare Zameen Par, Aamir Khan has moved on to his next film, Ghajini. The shooting will start on January 22.

Ghajini is a story about a man who has short term memory loss.