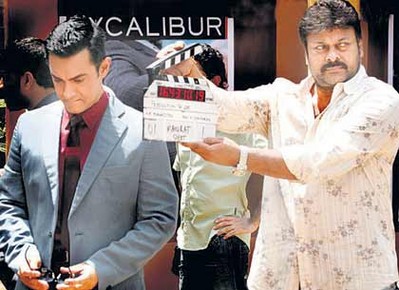 Image: Telugu superstar Chiranjeevi who did the clapper for the Ghajini opening shot.

The Economic Times reported that Hindi remake of the Tamil Ghajini starring Aamir Khan and Asin has earned an estimated Rs 90 crore by selling its distribution rights.