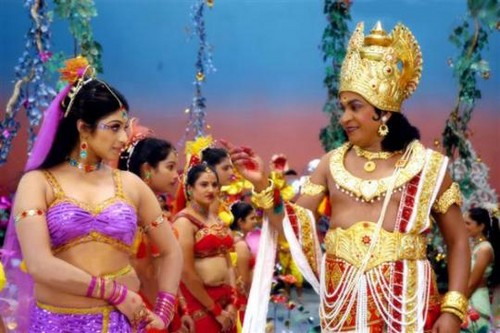 Even in his hectic work schedule, Aamir Khan has the habit of watching Vadivelu?s comedy scenes even though he dosen’t know Tamil.

Aamir Khan, highly acclaimed and a prominent National Film Award-winning film actor? has shared this information to Murugadas, who directs his Gajini in Hindi. Vadivelu?s forthcoming comedy film ?Indiralohathil Na Azhagappan? is to be released on February 1.

Previous post: Asin and Nayanthara – heroines to watch out for in 2008!