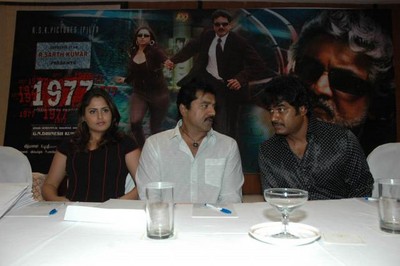 The film has popular heroine of yesteryears Jayasudha in a key role, while oomph girl Namitha and Farjana making her debut into Tamil film industry. The film is set for release on August 31.

Namitha playes as an advocate, while Farjana as a journo.

Next post: Dhanush and Shreya in Jab We Met remake