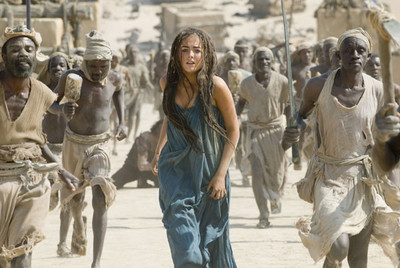 Movie : Outline
A prehistoric epic that follows a young mammoth hunter’s journey through uncharted territory to secure the future of his tribe.

Mammoth hunter D’Leh (Steven Strait), a member of a hunter-gatherer tribe living in 10,000 B.C., travels through unknown lands on a quest to rescue his people from extinction. Leading an army, D’Leh uncovers a now lost civilization while in pursuit of a warlord who kidnapped his love, Evolet (Camilla Belle). D’Leh and his army come face-to-face with a saber-toothed cat, woolly mammoths, and terror birds in the journey to save his people.

Next post: “The Name is Rajnikanth” book release PHOTOS