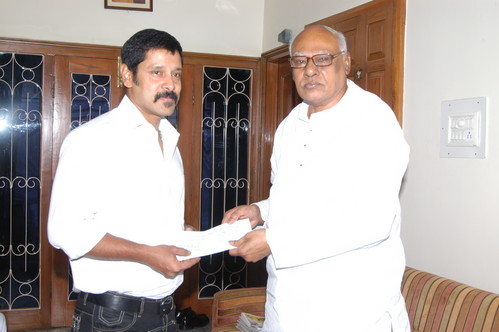 Recently, the Telugu film industry had hosted a grand night show for raising funds, which was attended by Superstar Rajnikanth, Surya, Prabhu Deva and more actors from Kollywood (it’s because most of Tamil actors find good market with their films dubbed in Telugu). Since, Vikram was busy shooting for his untitled next at Leh (directed by Selvaraghavan), he couldn’t grace over the occasion.

But soon as the shooting was over, the actor flew directly to Andhra Pradesh and visited CM.