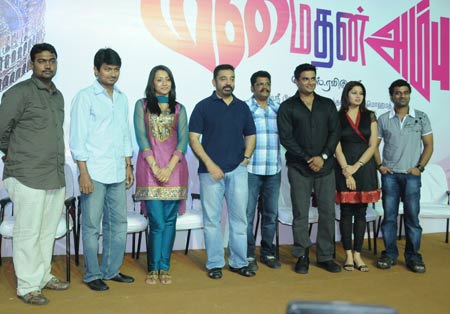 Kamal Haasan’s forthcoming Tamil film, which was titled earlier Yavarum Kelir, has undergone a name change and the the new title of the movie is Manmadhan Ambu.

The title indicates that the movie is romance based and it will also have heavy doses of comedy. 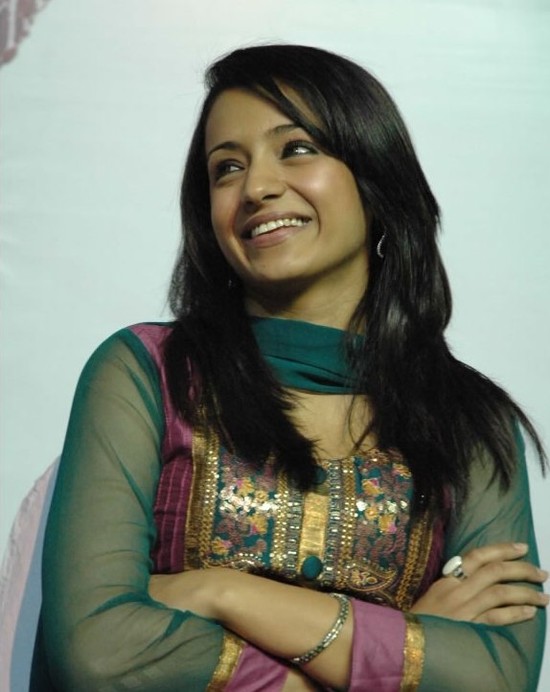 The Kamal Haasan starrer’s inaugural press meet took place at the fourth floor of the AVM Studios today. Produced by Udhayanidhi Stalin on Red Giant Movies banner, the movie would bring together Kamal and K S Ravikumar once again.

The film has Trisha opposite Kamal with Madhavan playing an important role and Devi Sri Prasad is scoring the music. 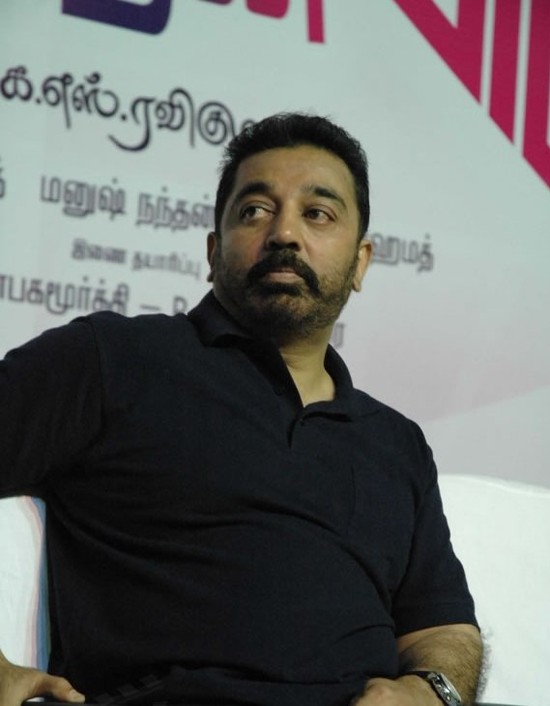 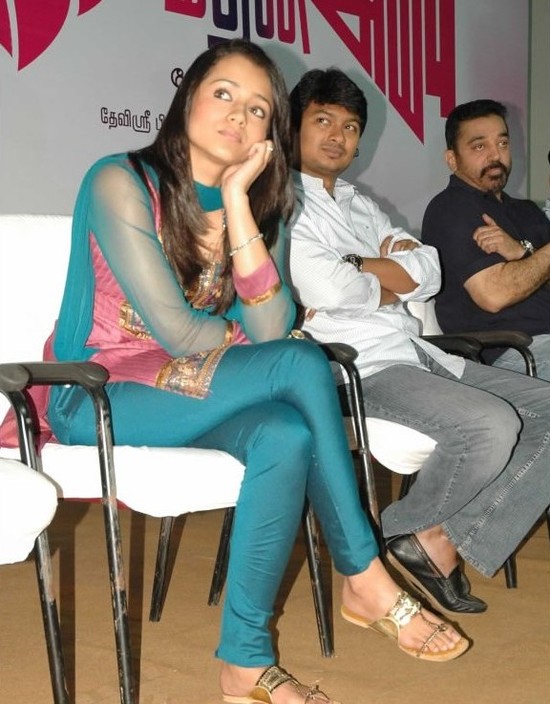