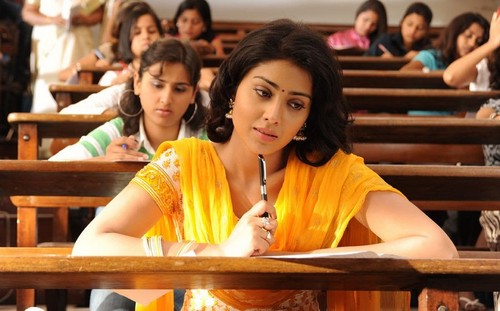 Shriya Saran has had several glamorous roles in recent movies , but she has definitely got a break from her glamourous image with Kutty, a remake of Telugu film Arya (Arya part 1). This movie will take the actress to a new level in her career.

Family audiences are encouraging the film and Kutty has emerged as the Pongal hit of 2010.