STAR CINTAA Superstars Ka Jalwa!!! Premiers on March 21, 9 pm only on STAR Plus

Mumbai, March 18, 2010: Vivel soaps presents Star Cintaa Superstars ka Jalwa, a 6 event property starting from 21st March every Sunday at 9pm only on Star Plus. Star CINTAA celebrates cinema with the biggest superstars of Bollywood. In fact the entire bollywood has come together for the 1st time on one platform Star plus for a charitable cause. 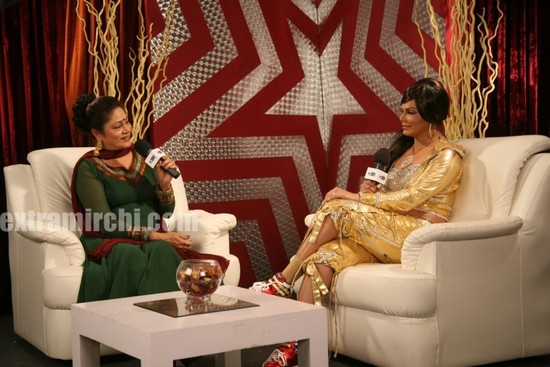 With 6 show stoppers comprising of 6 events which have broader themes like Romance, action, comedy, dance, music and ched chad. The 6 show stoppers at Star CINTAA Superstars Ka Jalwa will be SHAHRUKH KHAN, SALMAAN KHAN, SAIF ALI KHAN, AKSHAY KUMAR, AAMIR KHAN and SHAHID KAPOOR. All Bachchans, Khans and Kapoors of the Industry will put their best foot forward performing on some of their most memorable songs and sharing their experiences in the industry.

The first event on March 21st, promises to be action packed with the theme being ‘Romance’ and the two biggest superstars of the Film industry, Amitabh and SRK performing on some of their chart busters. The event will be will be hosted by the inimitable Javed Jaffrey and the gorgeous Tisca Chopra. The show kickstarts with Mithun Chakrawarthy (Chairman, Cine Artists Welfare Trust) & Johnny Lever (President CINTAA) as they talk about the purpose behind this huge show. 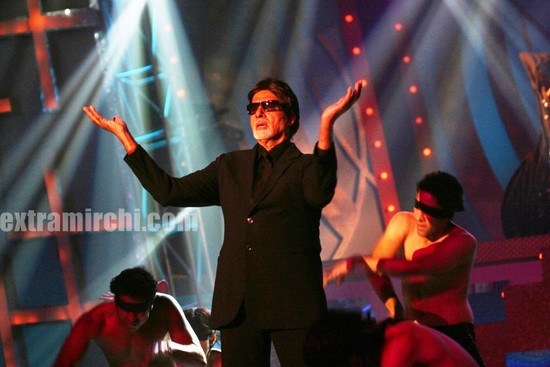 Other Bollywood stars performing will be Rani Mukherjee on tracks like Dhadak Dhadak to Shawa Shawa and Chitrangada Singh paying tribute to Madhubala, Rekha, Madhuri and Aishwarya on numbers like Pyar Kiya Toh Darna Kya, Salame Ishq, Aja Nachle and Kajraare. Celina Jaitley, to don the avatar of an item girl by performing on chartbusters like Bidi Jalaile, Namak Ishq Ka and Hont Rasile. Star CINTAA promises to make you roll in laughter with our comedians Sunil Pal & Naveen Prabhakar as they present their hilarious take on reality show judges… specially Javed Akhtar in a way no one can ever imagine…

Amongst the television artists, Hussain, Tina, Manish Goel, Poonam Goel, Ragini, Sarah, Parul, Angad, Kinshuk, Mouny Roy and Gaurav Chopra will perform on a medley of some of the most famous romantic songs.

And last but not the least a fun tete a tete session Rakhi Sawant and Aruna Irani- both termed as item girls of their own era…and do not miss the biggest stars talking about their first break in the industry to their memorable experiences in Bollywood.

Co-Produced by Sohail Khan Entertainment and Seventy Event Management group, STAR CINTAA Superstars Ka Jalwa promises the viewers, a flashback into the Golden Years of the Indian Cinema through a fascinating and incredible account of experiences, special moments, anecdotes from the veterans and the new generation of Bollywood superstars. Spanning over a period of 6 weeks and bringing the best of Indian cinema and television talent together, the show will be telecast on STAR Plus, the STAR network’s flagship channel, from March 21st, every Sunday 9:00 pm – 11:00 pm.