Shah Rukh Khan, superstar of Bollywood has announced that he will not watch cricket matches in the stadium in future, after some BCCI (Board of Control for Cricket in India) officials claimed that the leading man of Hindi cinema is using the platform provided by the matches to promote his latest flick, Om Shanti Om, and not the match itself. 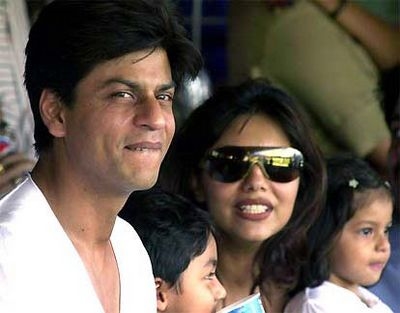 “I am disappointed,” Shah Rukh said, adding, “I take my children to watch the match and if someone asks me a question about my film, I will obviously answer them.”

“I will not watch a cricket match in future. Even if my children Aryan and Suhana go, I will tell the BCCI officials not to focus the camera on them and make a statement that their father is Shah Rukh Khan,” the actor stated.

Off-late Shahrukh has been appearing in matches involving the Indian team. He was there in the final of the Twenty20 World Cup in South Africa and again in Twenty20 match against Australia in Mumbai. He was present along with Deepika Padukone in the last India Vs Pakistan ODI in Jaipur and talked about his new movie in the commentary box.

Kapil Dev’s Reaction
“Shah Rukh is already a popular personality in the world through his films. Does he need cricket to popularise himself and his work?” asked, former Indian caption Kapil Dev.

“The BCCI has no objection if any film star watches any matche involving the national team. We do not think the players get distracted by film stars or any other spectator.” said BCCI Vice President Rajiv Shukla.