Shah Rukh detained at Newark airport in US 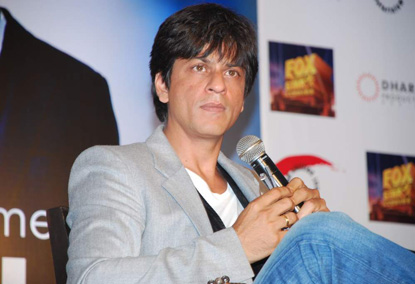 This never happened to Brad Pitt or Angelina Jolie when they visited india.

King of Bollywood Shah Rukh Khan was detained for 2 hours at Newark Liberty International Airport in US because of his Muslim name.

One of the most popular celebrities in India SRK was on his way to Chicago for a parade to mark India’s Independence Day on Saturday, said Immigration officers at Newark Airport in New Jersey questioned him and then released him after the Indian embassy in the U.S. intervened.

“I was really hassled — perhaps because of my name being Khan,” he said in a text message to reporters in India. “These guys just wouldn’t let me through.”

Shah Rukh has just finished his film “My Name Is Khan,” about racial profiling of Indian Muslims living in the United States after the Sept. 11 attacks.

Previous post: Aishwarya rai and Rajini on the sets of Endhiran