Aamir Khan is going to be part of the Shah Rukh Khans’ show Temptation Reloaded 2008 tour in Germany. SRK’s tour through Germany starting with a performance in Berlin Oct 17. 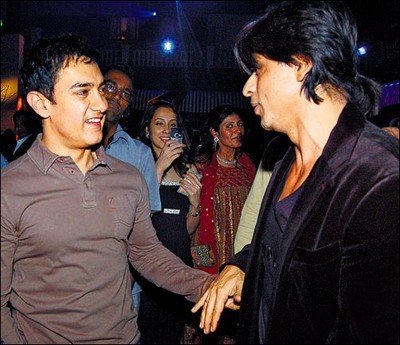 Cold War between Amitabh Bacchan and SRK in peak in recent times. SRK is all set to make his Temptations tour to be much bigger than Amitabh Bachchan’s Unforgettable tour by adding big names like Aamir Khan.

Among other stars who have joined his Temptations tour in Germany include Priyanka Chopra, Arjun Rampal.