In an interview Sathyanarayana, the All India Rajinikanth Fan club President told that he has never prevented Rajini from becoming a political leader. Now, Sathyanarayana has confirmed the same and said fans are expecting more from ‘Thalaivar’ Rajini. 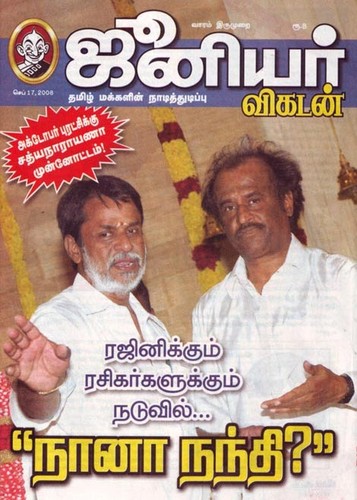 Meanwhile Sathyanarayana also confirmed that Rajini has accepted to meet the fan club functionaries from across the state and the neighboring states as well in person in October and speak to them. Carefully commented Sathyanarayana said , ‘No politics please… it is more than that… a true bonding between our Thalaivar and his fans!”

Next post: TOP 10 Most Overpaid Movie Stars in Hollywood