The betrothal ceremony of Soundarya Rajinikanth with Ashwin Ramkumar was a simple event at a star hotel in Chennai on Wednesday. Special guest was TN Chief Minister M Karunanidhi. 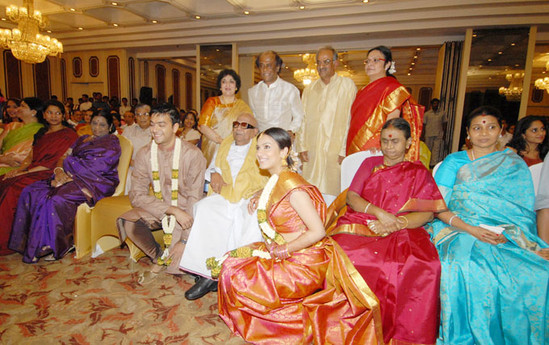 The ceremony was attended by some of the big guns of Tamil film industry, including Rajini’s mentor K Balachandar, Director Shankar and lyricist Vairamuthu among others. 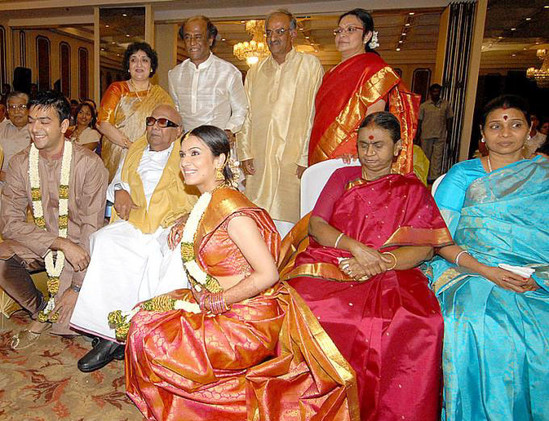