The war between South Actress seems to be getting dirtier day by day with bikini act. Nayanthara did it in Billa and Anushka too. Now, National award winner Priyamani jumped into the binkini war with her latest telugu movie Dhrona. 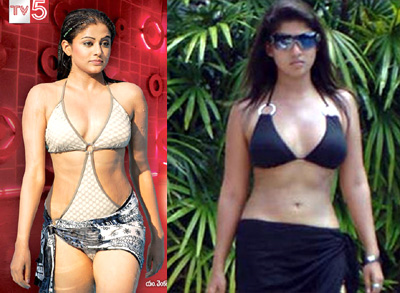 According to movie observers Priyamani exposed in the film like never before. In fact, she concentrated only on her glamour show and did not give any attention to acting. Her hot exposing in the film has turned her into the hottest actress in Telugu today.

See the stills for yourself.