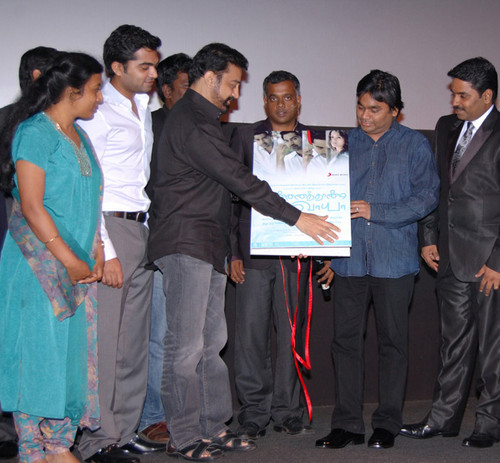 After the London audio launch , Vinnaithaandi Varuvaaya Audio is launched in India by actor Kamal Hassan and music composer A R Rahman at Sathyam Cinemas in Chennai. Three songs and a trailer of the movie were screened at the event.

Checkout the glimpse of the coverage from the event.