During a function to facilitate Kamal Hassan’s fifty years in the film industry, Rajini had reportedly said that all the actors were ‘children of the Goddess of Art’, but ‘Kamal was so special that the Goddess had carried him in her own arms and let the other actors follow her’ 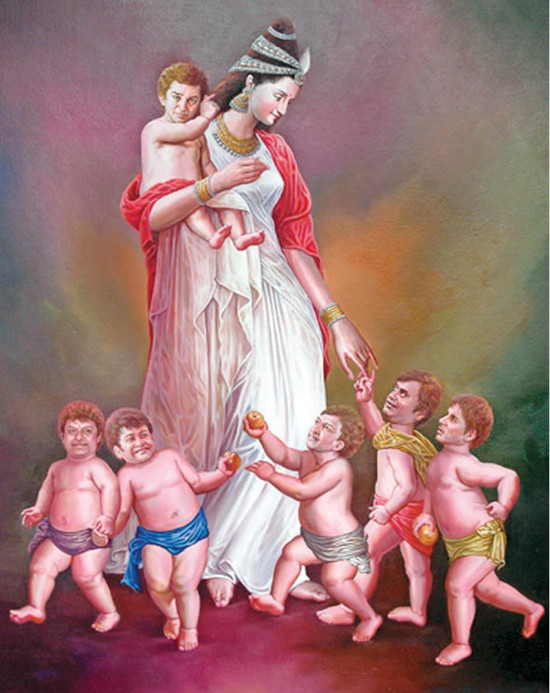 (Checkout the paiting above in which art Goddess carries kamal, while Rajini, Amitabh Bachchan and others seen below )

Looks like after the function, Rajini apparently had called a reputed artist to his house to paint what he felt about the description of Kamal with the Goddess of Art.