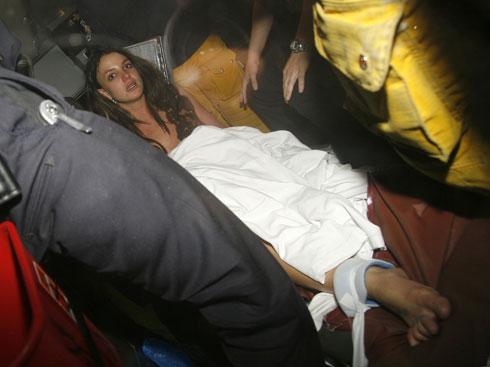 Above picture: Police and emergency medical technicians load Britney Spears into an ambulance outside her Los Angeles home Thursday night.

Britney Spears was admitted to Cedars Sinai hospital in L.A. on Thursday morning following a dramatic evening in which police were called to her home after she refused to hand her two sons back to her ex-husband Kevin Federline.

The troubled singer was taken to hospital after police allegedly found her under the influence of an “unknown substance” at her home.

A bleary-eyed Spears, 26, who was alternately grinning and grimacing, was helped out of her Los Angeles home, loaded into an ambulance and strapped down for the journey to the hospital.

Britney Spears has been discharged from hospital, according to the reports.