Asin to pair with Vijay 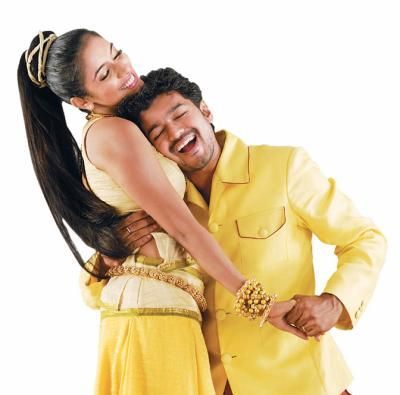 Both the actors Vijay and Asin have paired together in ‘Sivakasi’ and ‘Pokkiri’. Now we hear it from sources that Vijay has approached Asin for his next untitled film, which is produced by Aascar Ravichandran.

South Indian actress Asin shot to fame in Kollywood with ‘M. Kumaran s/o Mahalakshmi’ and later stepped higher pairing with almost all the superstars. With her Bollywood debut ‘Ghajini’ turning to be a blockbuster, the actress continually received more offers from Bollywood.

Regrettably, the actress refused those offers, since she had already signed for Kamal Haasan’s period film ’19 Steps’. But later as the project was shelved, Asin had no options other than approaching the same filmmakers, whom she had rejected earlier.

Since, those projects have already started rolling with heroines finalized; the actress has decided to make her re-entry in South Indian film industry. Till now, nothing has been confirmed about her presence in Vijay’s film, but it looks like she will surely sign this project since producer Aascar Ravichandran offered her a chance to pair with Kamal Haasan in his previous production ‘Dasavatharam’.