Honorary Doctorate for A R Rahman 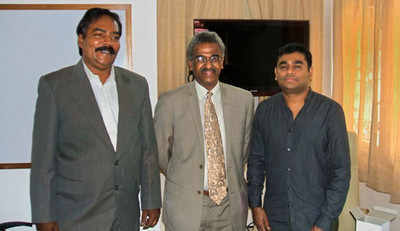 AR Rahman’s KM Music Conservatory has initiated a dialogue with Middlesex University to explore the possibility of developing an Academic Articulation for the Bachelor of Arts Honours Programmed for Music Composition and Music Performance.