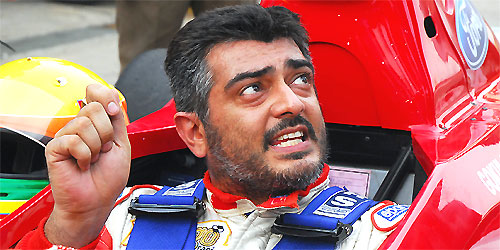 He was an active twowheeler racer before switching to films. He participated in the last round of the MRF Challenge series in February.

He will join Armaan Ebrahim, who is in his second season in F2, and Parthiva Sureshwaren, who is making a comeback to international racing.

“I have the confidence of achieving some success in this year’s FIA Formula 2 European Championship. I have already done some testing in Malaysia and am looking forward to more practice runs in Snetterton and Silverstone before the event kicks off on April 16,” said Ajith according to timesofindia.