“This is Reality” – SRK on Slumdog Millionaire Poverty

Critics have been raised against Slumdog Millionaire in India. Some say use of the word Slumdog has insulted the people living in slums.

Shahrukh Khan, who has returned from Los Angeles after Karan Johar’s “My name is Khan” movie shoot, defended Slumdog . 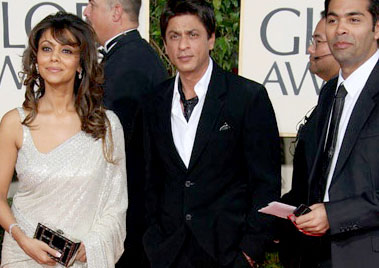 Shah Rukh Khan has said that the poverty highlighted in the movie is a “reality”.

Isn’t that (poverty and slums) a reality If you (critics) have a problem with the word slumdog, why don’t you look positively and see that there is a word millionaire or ‘crorepati’ also.

The success of ‘Slumdog Millionaire’ worldwide is an incentive to all Indian filmmakers. Oscars and Golden Globe awards are a symbol of international recognition.

Next post: Pawan Kalyan and Renu Desai Got Married – At Last!