American actress Reese Witherspoon is Hollywood’s highest paid actress, according to a new study by the Hollywood Reporter.

This Blonde star makes an estimated $15 to $20 million per film. This has put the actress at the top of the new list, ahead of Cameron Diaz and Nicole Kidman. 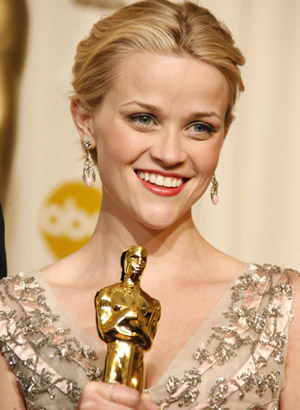 Next post: Ilayaraja in the sets of Jagan Mohini