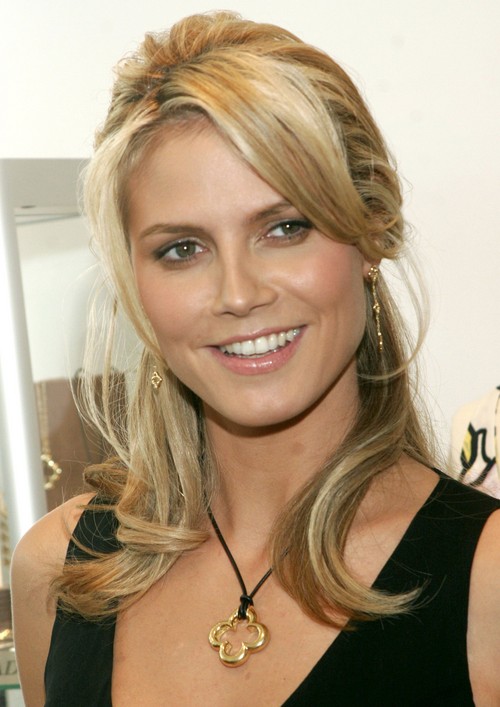 Supermodel and mum of four Heidi Klum has stepped down from the catwalk at this year’s Victoria’s Secret fashion show and has opted to host the event instead.

The leggy German model has been stalwart of the annual lingerie showcase, which sees the world’s highest paid and most stunning models take to the runway in skimpy underwear and angel wings. The fashion show will take place on 1 December and features a performance from the Black Eyed Peas.

But rather than force herself back into shape following the birth of her fourth child last month (Oct09), the new mum will play host at the sexy event.

The stunner model married to singer Seal, famously toned up in time to strut her stuff at the 2006 Victoria’s Secret show- just two months after she gave birth to her third child.

But this time she recently told the website she was worried about missing the show altogether: “The last time (I gave birth), I had two months, and I don’t know if I have that much time this time. It was pushing it the last time. But if I don’t make it, I’m sure I’ll be very sad.”

Now it seems she has worked out a really good deal.