Mathangi “Maya” Arulpragasam was born in Hounslow, London, the daughter of Kala and Arul Pragasam. Her family is of Sri Lankan Tamil descent. Her alias, M.I.A., stands for both Missing in Acton and Missing in Action. 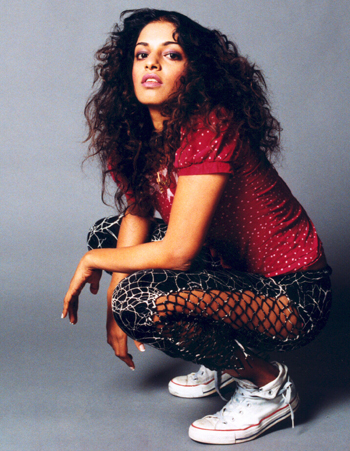 She has been Nominated for 2009 oscars in Best Original Song category for the song “O Saya” with A R Rahman.

M.I.A graduated from London’s Central Saint Martins College of Art and Design, with a degree in fine art, film, and video. She currently lives in Bedford-Stuyvesant, Brooklyn, New York, in the United States.M.I.A. gave birth to a boy on February 11, 2009. M.I.A. is the founder of the record label N.E.E.T.

Next post: Aishwarya Rai at Raavan Shooting Spot in Kolkata