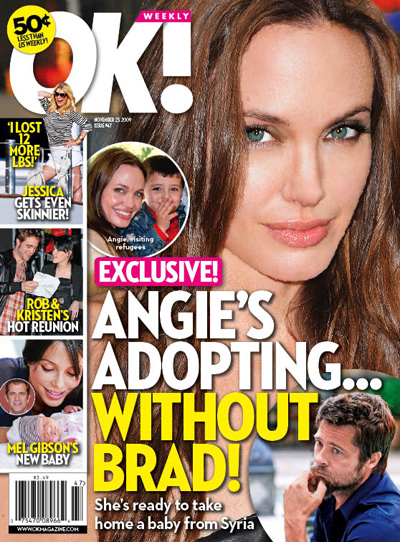 According to reports, she now has plans to adopt yet another child from Syria.

OK! Magazine says that the beauty, who has adopted four children already and has two kids with her partner Brad Pitt has left for the Middle East to adopt a girl from Syria.

But her heartthrob partner Pitt is not very keen with this idea of Jolie.

According to sources, “He has made it clear that six children are more than he can handle. The idea of one more seemed ludicrous”

But Angie is determined to carry out her wishes.

Well, it will be great if another unfortunate child gets lucky but let’s just hope that it doesn’t prove to be stressful for the Brad-Angie partnership and the other children.