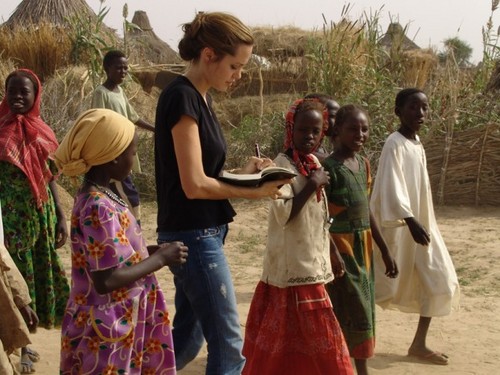 In honor of Human Rights Day 2009, Hollywood actress and U.N. Goodwill Ambassador Angelina Jolie has called action from Obama on sudan in an OpEd published at Newsweek.com.

I believe President Obama and his special envoy Scott Gration will do their best to bring peace to the region. Their policy, though, raises a number of questions. How is the Obama administration’s approach to Sudan an evolution of justice? In addition, when the administration says it intends to work to “improve the lives of the people of Darfur,” I would like to know what that means, besides the obvious point that their lives could hardly get worse.

While the administration maintained it will not deal with al-Bashir or any other official charged with arrest, it has not yet announced any serious moves to enforce the decision of the ICC and execute its warrants.