A R Rahman On Top Of The World – 3 Oscar Nominations

He has just pocketed the prestigious Golden Globe award and now A.R. Rahman nicknamed “Mozart of Madras” by Time magazine has stunned entire India with 3 Oscars nominations for his work in Slumdog Millionaire. It is a dream come true for India. 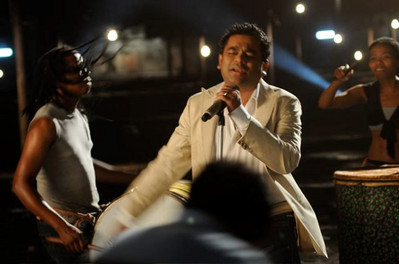 A R Rahman at the making of Jiya Se Jiya :- photo courtesy arrahman.com

The film Slumdog Millionaire has got 10 Oscar nominations, while AR Rahman 3 nominations. Click here for the 81st Academy Awards Nominations Full List. The Oscars will be handed out in Hollywood on February 22.