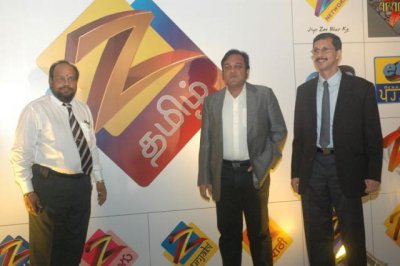 Zee Tamil will be the 21st satellite channel in Tamil Nadu. Zee Tamil will have Kushboo’s serial Rudra daily 8pm, serials from K.Balachander and many more.

Zee TV announced that it has plans to enter Kerala.